Today, the 29th March was supposed to be Brexit Day. Except, because of 3 failed Meaningful Votes, or perhaps votes with no meaning, in Parliament Brexit has been deferred – and/or cancelled.

The demos were materially different, the Remain, full of families and young children. The Brexit demo, full of angry (generally) men. I was frightened, I have to say, there was a definite sense that the media and photographers were not particularly welcome.

The demos filling the square and the bottom of Whitehall were in fact 2 demos. First a Tommy Robinson Brexit Demo and a Vote Leave demo. Plus there was a rather bizarre French Demo in favour of Brexit. The Vote Leave Demo had a number of speakers I had heard of including the arch priest of Brexit – Nigel Farage.

Here’s a selection of pics from the demo – you will want to se the full set which you can see here https://flic.kr/s/aHsmCqFogC

I have just come back from shooting the People’s Vote Demo in London on Saturday. Normally, I would blog about the wacky, snarky, sarcastic and funny placards that I saw. There probably will be a post about that however I wanted to highlight something that I noticed and have noticed at various Remainer demos.

Where are the Union Jacks?

When you go to a Remainer demo it is clear that they are for Europe by the number of EU flags that they carry.

So there were the odd Union Flag they were out numbered 20 or 30 to 1.

Why is this? When I look at myself, I realise that I really don’t like Brexit, but I am very proud of being British, English and I really love my flag. Many years ago I used to go to an American/International School and would wear a Union Flag badge on my jacket.

But if I compare this with the right-wing demo that I covered last year, you see a sea of Union Flags or St George’s Flags.

I absolutely disagree with the sentiments of the posters, however there is a definite pride in the Union Flag or St George’s Flag. Why is this?

Why do the Remainers feel uncomfortable with showing the Union Flag?

Why are the centre and left uncomfortable with carrying the flag?

I know I am proud of being a Brit and have no fear of standing under the flag. Yes Britain, isn’t. the most worthy nation in the world, however in the Remainers not being willing to stand under the flag, they do rather make the point of the Brexiteers about being more interested in Europe than their own nation.

Brexit has left a lot of people feeling confused, some angry and some happy. Personally, I am not a big fan of Brexit but wasn’t sure what to do about it until I met up Burlesque dancer, Coco Nobel.

She has an awesome act called Big Spender, which she performed at the final of Burlesque Idol in 2016 where she was Runner Up.

We wanted to do a shoot at the European Central Bank in Frankfurt. So we dodged guards, policemen, tramps and passer-bys to unite Europe with Burlesque.

Here are some of the pictures. 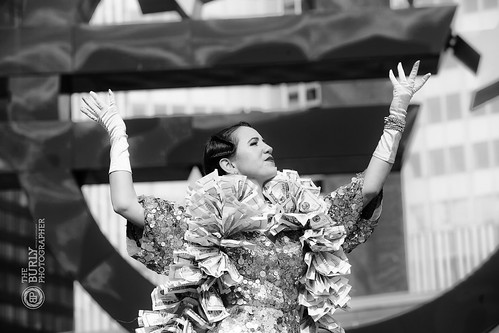 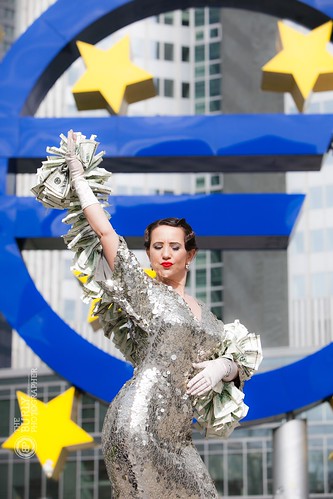 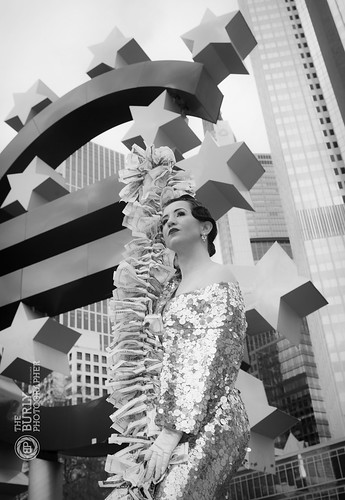 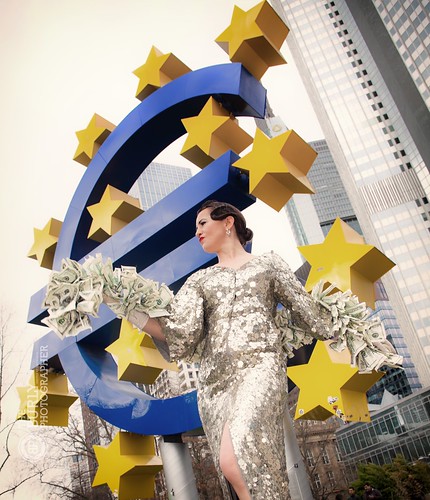