I went to the Notting Hill Carnival on Monday. It was its usual riot of colour and exuberance, but tinged with more than a hint of sadness as the burned out remains of Grenfell louered over the occassion.

On the Monday, there was a halt in the proceedings as a 72 minute silence was held to remember the victims of the fire. Despite the revelry and abandon, Grenfell was always in the background, either physically like in the picture above or in posters dotted around the procession route 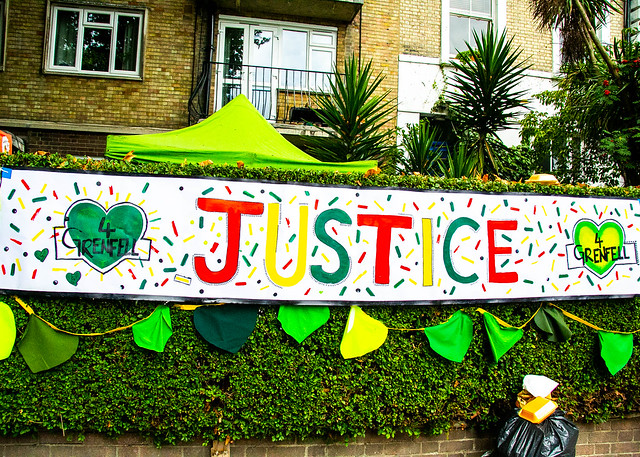 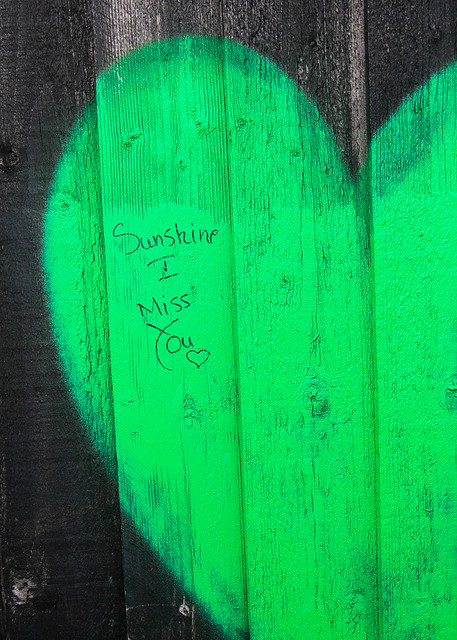 One thing that was missing from last year, as well as the sunshine, was the anger. Yes, there were memorials but it was as if the memory or at least some of the anger had dissipated. 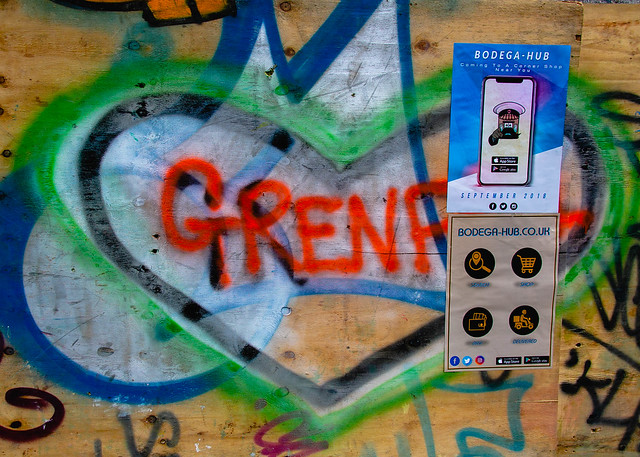 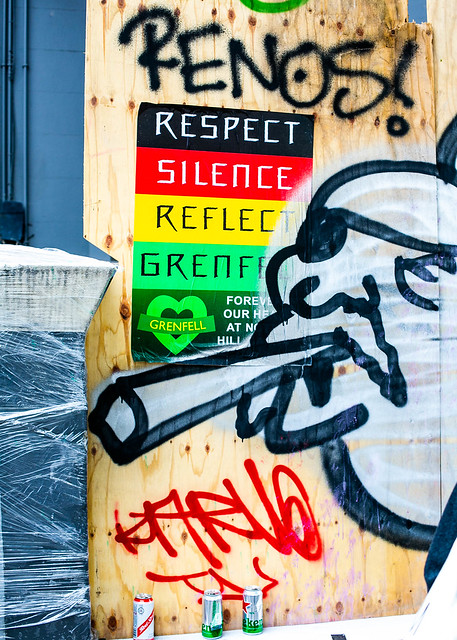 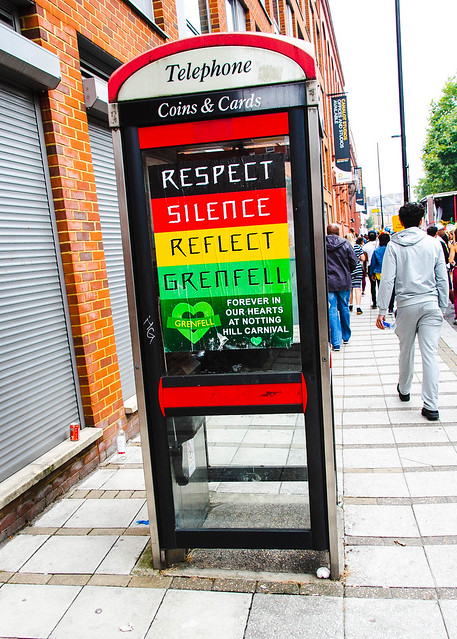