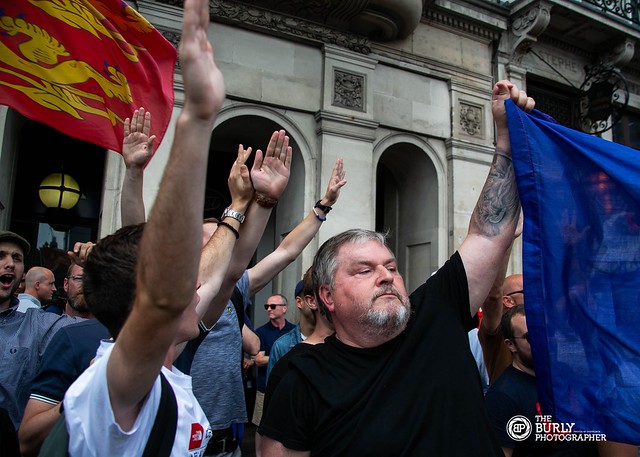 I went to see the new Spike Lee film, Blackkklansman, on Friday. It is the story of how a black US detective infiltrates the KKK in the 1970s. Its a great film, funny, angry, poigniant and neccessary. If you haven’t seen it yet – go, you won’t regret it.

But, when I watched the film it wasn’t the main characters that caught my attention, it was the bit parts and the attitudes that they displayed that caught my attention. They were angry about the African-Americans becoming empowered, they were bitter at losing their privilege and violent. Their violence was the bully-boy violence of the playground – dangerous, painful and small scale. This violence is brought uptodate at Lee ends the film with scenes taken from a particular right-wing demonstration at Charlottesville where a counter- demonstrator was killed.

Seeing this violence I realised that I had already met people like this recently. While I was shooting the Tommy Robinson demo in Whitehall in July, I met exactly the same attitudes of hate, violence and disempowerment. 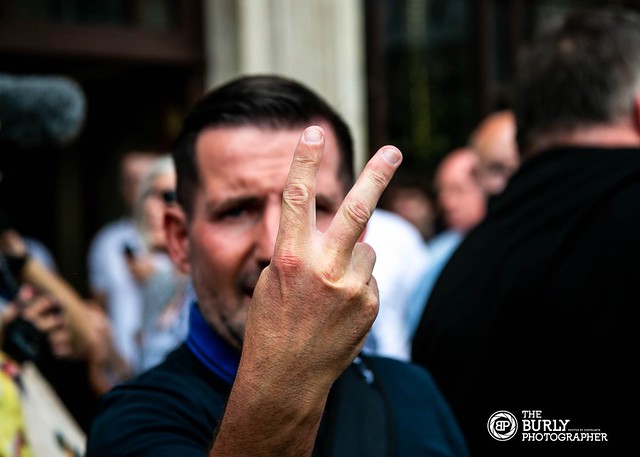 The Tommy Robinson demonstrators wrapped themselves up in the Union Jack rather than the stars and stripes but they were the same people. 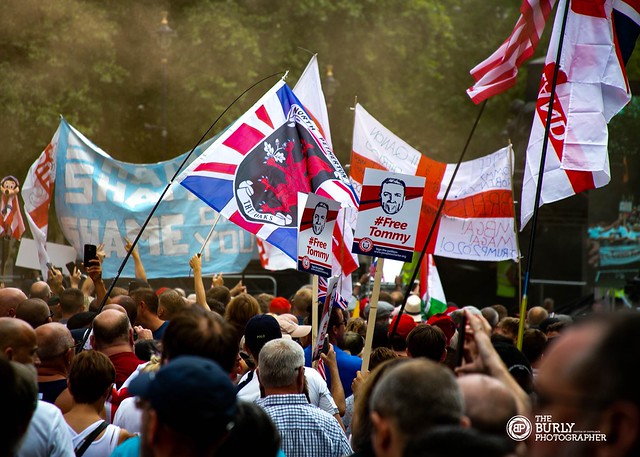 Many of my liberal friends are happy to sit and mock the US and Trump, however we have a similar problem in the UK and need to look in our own back-yard while trying to comment on the US.

Go watch the film, then look again at my pictures and try and tell yourself that the UK is much different to the US. 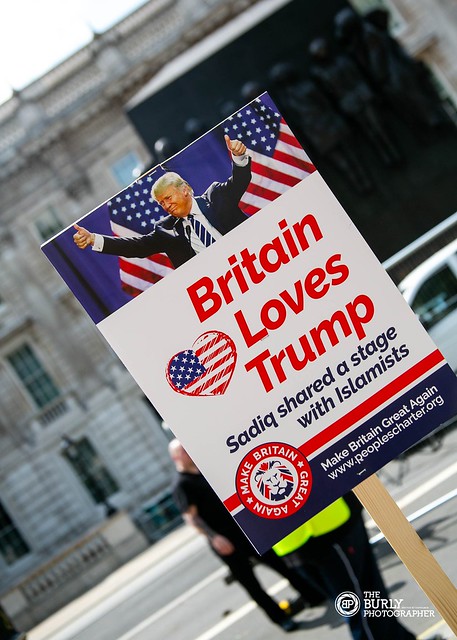