Reading’s Broad St is like a moral bazaar on a Saturday. You can’t move for people trying to sell you their beliefs and moral certainties. If it isn’t the Christians, its the muslims, if it isn’t the muslims its the Hare Krishna. So on Saturday, it was no surprise to have my morning shop disturbed by militant Vegans.

The Vegans formed a square, not unlike one of the aggressive military formations used by Wellington at Waterloo, and stood silently holding banners saying truth and showing videos of pretty creatures being slaughtered.

The participants were all wearing V-Vendeta masks which added to the slightly surreal and intimidating nature of the event. Mind you it was less intimidating than the EDL and no punches were thrown.

So here are my pictures, which if you were interested were taken on my iPhone, proving yet again that the best camera is the one you have on you. 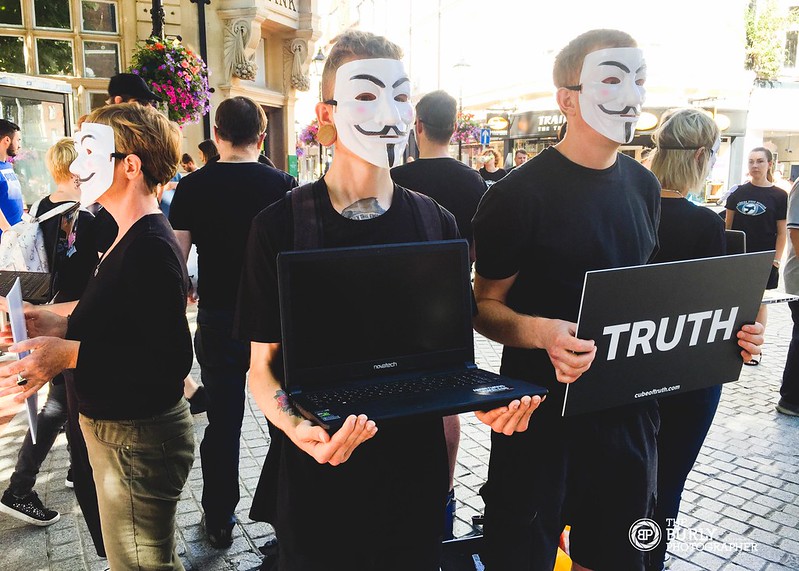 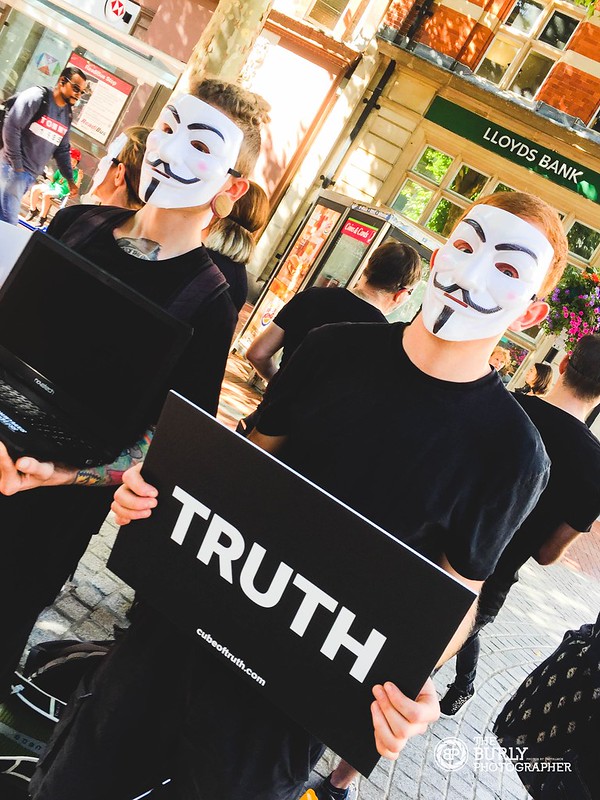 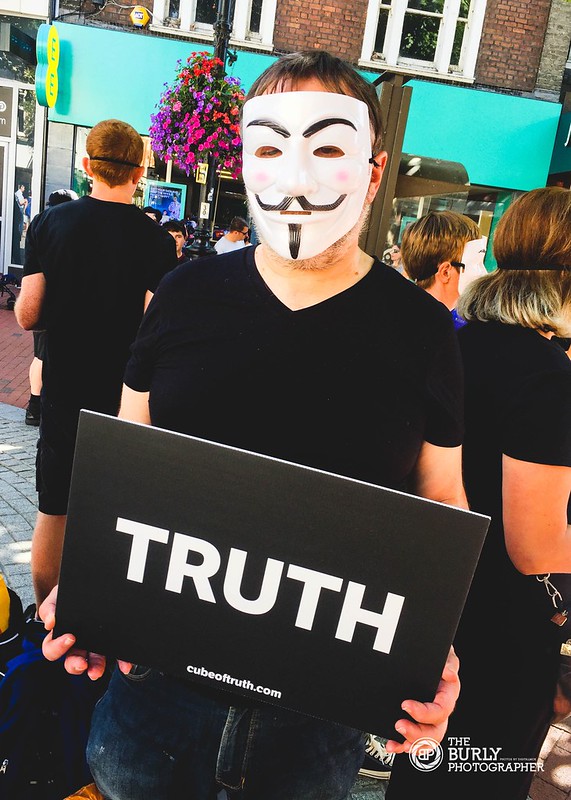