I have just come back from a grey day in Frankfurt am Main, Germany. I was there for a photoshoot with one of my Burlesque friends, more of in a later post. But as I arrived at the station, which was a short walk to my hotel, I was greeted with this site: 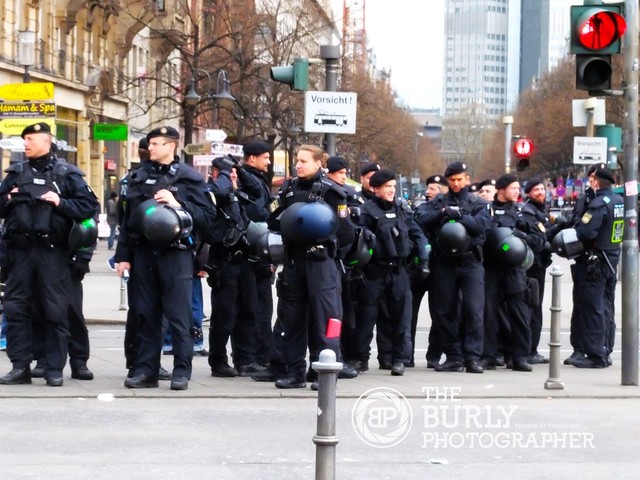 Something was obviously about to happen. 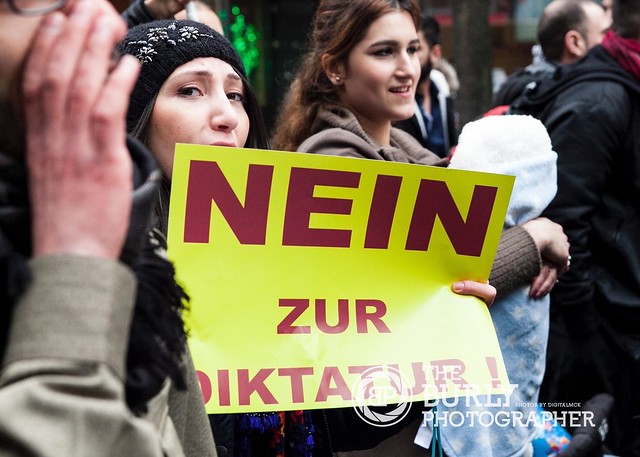 As you can see not everyone was happy to be photographed, in fact someone demanded that I present some sort of credentials before I carried on. They accused me of being a member of the Turkish Secret Service, which I thought was a little far fetched until I heard on the radio yesterday that the Turkish Secret Service was definitely monitoring dissidents in Deutschland.

Obviously not everyone was unhappy at being photographed 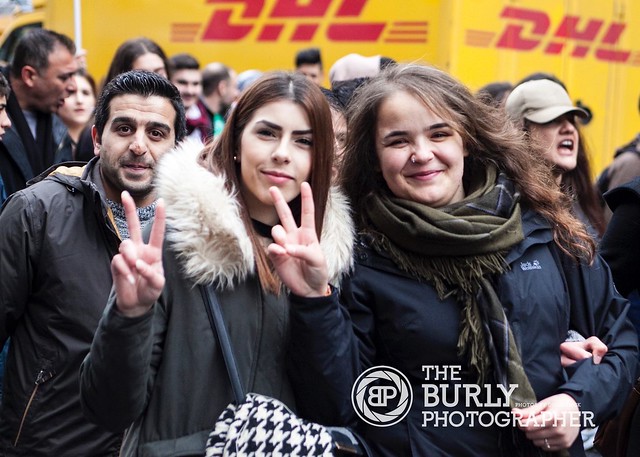 The demo trundled by with many more serious faces and fewer home made banners than you normally see in a UK demo.

If you click on this link you will be able to see all the pics I took. 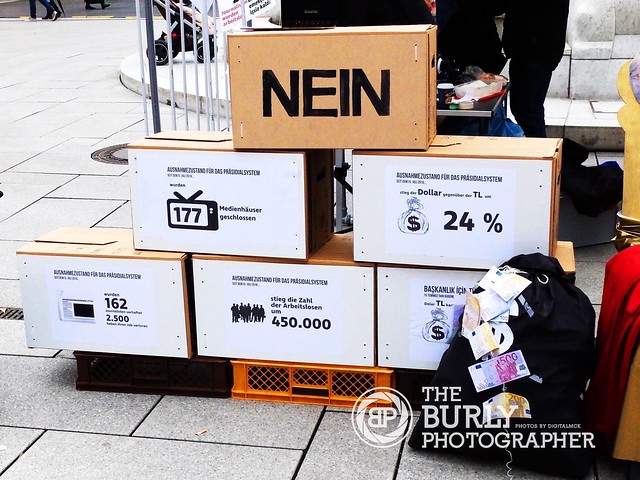 I think this demo, or perhaps more of a Happening, was trying to get Frankfurt’s Turkish population to vote against Recep Tayyip Erdoğan’s upcoming referendum about taking more powers to himself – At least I think thats what they were demonstrating about. 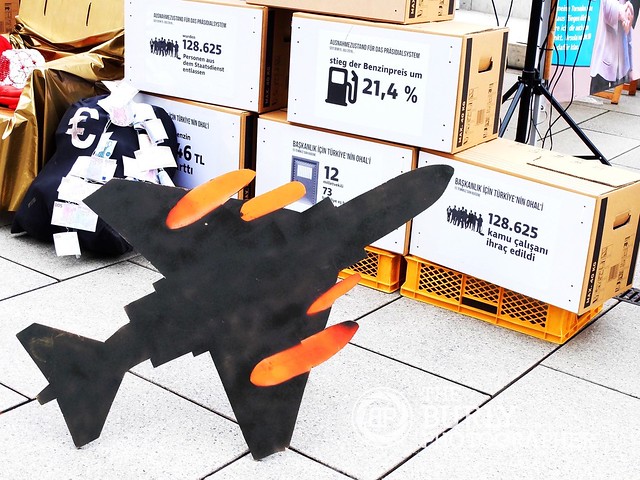 And just when you thought that one smallish town had had enough demos for one day, in the same street as the Turkish demo I came across as small demo by Frankfurt’s Iraqi community. 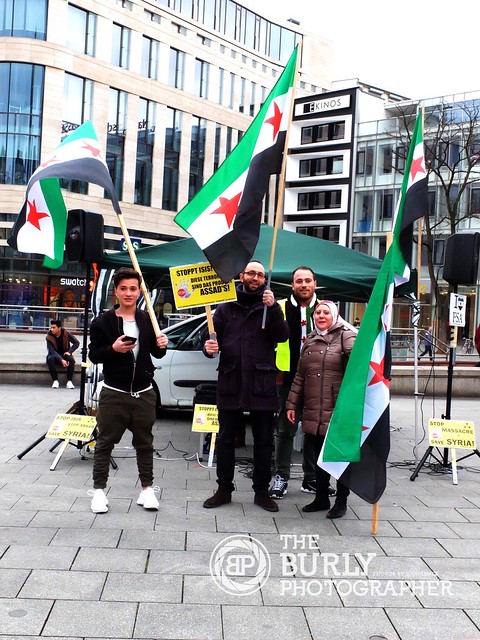 These guys were gamely trying to highlight the suffering of their fellow Iraqis at the hands of so called Islamic State.

All this happened before I even had chance to go to the cabaret show I had come for and before the photo shoot I had planned.

While standing in a grey Frankfurt street trying to set the Middle East to rights seemed a tadge pointless, you can but admire the strength of character of the demonstrators and the determination of them to have their say.